I come from Mishawaka, Indiana. I was one of the many kids whose lives were changed by the 1964 appearances of the Beatles on the Ed Sullivan TV show. At age 11 I received my first guitar and took six months of lessons, cruelly cut short by the Finance Minister in my house, who determined that I was not practicing my lesson material. This may have been partially true, but what the FM overlooked was that I was bringing the radio into my bedroom each night and learning the great pop hits of the 60s by ear. I became a rock and roller in High School, but a lack of traditional skills intimidated me into not academically pursuing music beyond High School.

My first year of college was terrible, and I hated it and everything else. I left at the end of that first year I went to New York, stayed with friends, and determined to become a rock and roll guitar player. I lasted three months, got homesick, and returned to Indiana, tail between my legs. Mind you, I had a ball in New York, but ultimately it was too fast for small town me. My Dad found me a better school, and so I tried again, this time at DePauw University in Southern Indiana. I completed a degree in Journalism there, however, it was also there that I heard the recordings of jazz guitarists George Benson and Joe Pass. This changed everything. I lost interest in Journalism and in rock and roll. Something that I never knew was missing had suddenly been found. I knew that I had to somehow learn this music. Failure was not an option, but it was a distinct possibility. Regardless, after graduation in 1975 I went to Chicago.

There I studied privately with the great Jack Cecchini for five years, and learned the instrument. I also studied Jazz Improvisation with Joe Daley and voice with Bill Rush. That was the extent of my formal musical education. It was a great time to be in Chicago. The Rush Street clubs, the Lincoln Avenue Blues community, and the great South Side were grooving hard. Jazz clubs big and small, jam sessions and rehearsal bands were everywhere. This was my University, in the mid-1970s. I sat next to great players, asked them questions, and they would answer me. For three years I was schooled by John Wright, Marshall Thompson, Corky Roberts and later Eddie DeHaas at the Pickwick, a Monday jam session in the suburbs. If I play today with any soul or style, that’s where I got it.

Starting in the 80s I entered into life as a professional musician, doing whatever my abilities and willingness to adapt would allow. Jazz gigs, rock gigs, blues gigs, society gigs, teaching and a whole lot of commercial playing, what is now called jobbing or casual dates. I made a living and I learned from those more experienced than me. In 1994 I released my first CD as a leader, “Transparent,” on the Southport label. “Last Call,” also on Southport, was the next CD, in 1996. Later came the culmination of my life’s work, “Plectrum Jazz Guitar Solos.” Into the 90s I was leading bands more, both in Jazz and Commercial music. I travelled a little over the years, to New York, LA, Las Vegas, Miami, Hawaii and throughout most of the states, and also in the UK, France and Switzerland. But really, there was so much happening in Chicago in those years that it was possible to make an actual living without hitting the road that much. 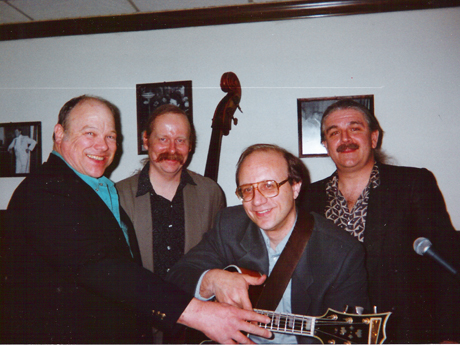 Over the years I performed and/or recorded with Eddie Harris, Les McCann, Shelley Manne, Peter Erskine, Ira Sullivan, Rodney Whittaker, Catherine Russell, Buddy Childers, Ron Blake, Mike Dease, Victor Garcia, Howard Levy, Rudresh Mahanthappa, Johnny Frigo, Mark O’Connor, Claude “Fiddler” Williams, a bunch of others. I got to hang and sit in with Joe Pass once, that was unforgettable. And now after many years in Chicago, we made the jump to Fort Myers, where the living is easy. I continue to play with the fine musicians in Southwest Florida and beyond. And, yes, I’m keeping up my chops. 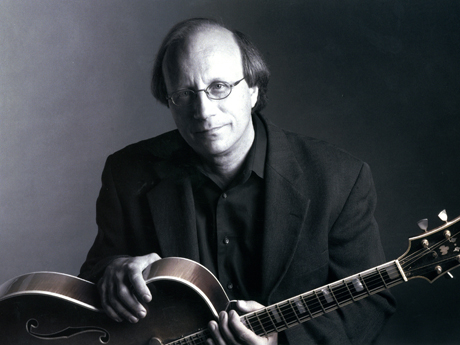